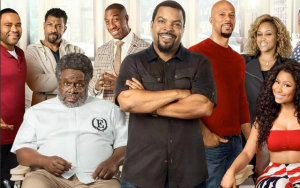 “The Other Woman,” a new madcap comedy from “The Notebook” director Nick Cassavetes, features a character who tries to push infidelity to Tiger Woodsian heights. There have been philanderers on film before, but rarely has one cinematic cheater spread himself so thin, carrying on simultaneously with Leslie Mann, Cameron Diaz and Sports Illustrated cover girl Kate Upton.

That man, Mark King (Game of Thrones’s Nikolaj Coster-Waldau), is cheating on his wife (Mann) with multiple mistresses, including Carly and Amber (Diaz and Upton).

The three women form an unlikely bond—“We are the weirdest friends ever,” says Carly—drowning their sorrows in a sea of tequila shots before hatching a plan to humiliate and financially ruin the three timer. “The three of us can be just as shady as he can.”

With “The Notebook” Cassavetes made one of the most romantic movies of recent years. With “The Other Woman” the pendulum has swung in the opposite direction. This is an anti-romance flick about sex, lies and adultery but it is ripe with laughs and some fun performances.

Mann goes all in as a Lucille Ball-on-the-verge-of-a-nervous-breakdown type, Diaz has great comic timing and even the voluptuous Kate “She’s a clichéd version of every wife’s nightmare” Upton, who will never be confused with Meryl Streep, is charming and funny. Singer Nicki Minaj, who darts in and out of the film in an extended cameo, manages to get a couple of zingers in there as well.

Coster-Waldau doesn’t fare as well. He’s fine as the oily Casanova but is more “Game of Thrones” (he’s Jaime Lannister on the HBO show) when it comes to playing comedy. In other words he’s better at sword swinging than slapstick.

The film is slightly mean spirited and not terribly subtle in its examination of the dynamics between men and women, or in its soundtrack. The “Mission Impossible” theme blares over a scene where Diaz and Mann spy on Coster-Waldau, and you can bet your bottom dollar “Girls Just Want to Have Fun” will play at some point.

It may not be refined but it does get the girl power stuff right, and that’s more the point of the film. This isn’t a movie about the men, they are flesh props, simply the McGuffins that forward the plot. This is a movie about female bonding rather than female blaming and on that level it scores. The comedy material is often elevated and enhanced by the performer’s skill, but the film has its (broken) heart in the right place.

“The Other Woman” is a chick flick that isn’t “Bridemaids” funny, but you will laugh out loud quite a few times. 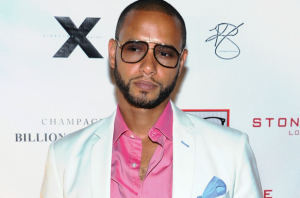