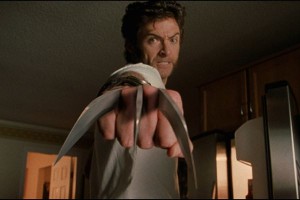 THUNDER BAY — Movies are meant to be seen on the big screen.

“For me the best way to see a movie is to see it on the big screen surrounded by strangers so you can listen as they laugh all at the same time or as they gasp in horror or whatever reaction they have,” said film expert Richard Crouse.

Crouse, who is Canada AM’s regular film critic, is participating in Cineplex’s sixth annual Great Digital Film Festival from Jan. 30 to Feb. 5 by interacting with fans on Twitter, answering questions and engaging in conversation on the classic and fan-favourite films chosen for this year’s lineup.

Thunder Bay’s SilverCity is one of the theatres that will be hosting the festival.

As a reviewer, Crouse has every closet and cupboard in his house filled with DVDs and Blu-rays, but he finds he doesn’t watch them that often.

“Given the choice, I’d always rather see something on the big screen,” he said, adding this festival is a way for him to see some of these films the way they were meant to be seen…” READ THE WHOLE THING HERE!