It must take some clout to get a movie like “The Hateful Eight” made. Over three hours, with an overture and an intermission, it’s a western featuring an assortment of dastardly people doing dastardly things. It’s the kind of talky, violent film only Quentin Tarantino could conceive of, let alone get financed.

Set a decade after the Civil War, most of the action happens during the “white hell” of a Wyoming blizzard. Eight people find themselves holed up at Minnie’s Haberdashery, the last mountain pass stopover before the town of Red Rock.

Bounty hunter John Ruth (Kurt Russell), his prisoner Daisy Domergue (Jennifer Jason Leigh), infamous union soldier-turned-bounty-hunter Major Marquis Warren (Samuel L. Jackson) and proud southerner Chris Mannix (Walton Goggins) arrive by stagecoach. They’re on the way to Red Rock, where Daisy will be hung for her crimes while Ruth and Warren will split the bounty on the woman’s head. Mannix claims to be the town’s new sheriff, but given his rebel past no one believes him.

Suspicion soon spreads like a virus, infecting everyone in the room until a sudden burst of violence changes the dynamic.

There are no heroes in “The Hateful Eight,” nary a Cary Grant or Randolph Scott in sight. Instead Tarantino brings together eight tough ‘n terrible people, puts them in a room and lights a fuse. The first half—yes, there is an intermission—is dynamic and tense. Secrets are uncovered while Tarantino skilfully manipulates the claustrophobic situation, edging it toward the inevitable bloody climax. It’s dynamic, gritty stuff that places the focus on the actors—Jackson, Goggins and Jason Leigh lead a terrific cast—and their actions and sets the scene for what I hoped would be an exciting, character driven second half. The first half ends with a bang—literally—a blast that signals the change in tone to come.

The second part is where “The Hateful Eight” gets bloody… and problematic. Tarantino spends the length of most features to provide a set-up, one that hints at a powder keg situation about to erupt, and then adds another element—there will be no spoilers here—that undoes the good work from the first half. To me it felt like a cheat, a great unknowable wedged into the story to move things along. At that point the movie becomes a lot more Peckinpah but less interesting.

There is no doubt Tarantino is pushing the envelope here. This is a defiantly uncommercial film—for the first half anyway—whose indulgences—use of the “n” word, lingering shots of cruelty and gore—detract from what is essentially the director’s master class in genre filmmaking.

Everything about “The Hateful Eight” is big. It features big stars set against a vast backdrop of snow and revenge. There are huge themes—revenge, triumph of the righteous and race—and an even bigger blood budget. In some theatres (like the one I saw it in) it’s even being projected in the grand 70mm format. It’s a Valentine to Tarantino fanboys and girls, with Ennio Morricone’s lush score as the cherry on top.

It’s big and daring but also, I’m afraid, bloated, with a pay off not large enough to justify the more than three-hour running time. 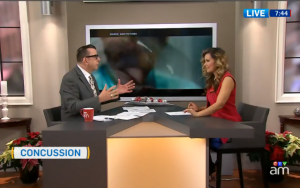