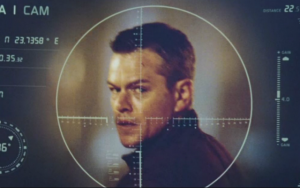 Richard sits in with CP24’s Stephen LeDrew to discuss Robin Williams’s contributions to the big screen.